Skip to content
Canyon View Church of Christ > Ministries & Upcoming Events
Dear Canyon View Family,
Your generous responses to the Back-to-School outreach this year was overwhelming!
The bounty of supplies and backpacks was delivered to three schools: Carson, Linda Vista and Ross, along with Blue Bags of food. Each school greatly appreciate your continuing contributions. What an opportunity to serve local needs and develop community contacts on behalf of our body of believers!

Currently, several stores like Target, WalMart and Staples are already promoting the sale of items needed for school. Beginning on July 25  the plastic boxes will again be in the foyer for any school supplies you may donate.

Shopping with your own children/grandchildren can be a great way to introduce them to outreach giving and the awareness that not all families have the needed resources to provide supplies for their children.

We would be glad to shop for anyone who wishes to help with monetary donations given to Canyon View.

Your continuing generosity is appreciated.

Our goal is not 100 food bags this year.  We will be happy with whatever we get, but our minimum is 40. Due to COVID-19, the schools are having to deliver the food bags to the homes, which is a lot of rewarding work for the staff, but fewer bags are better. The schools need food bags by Wednesday, December 9th. The military will get bags after the schools.

We are shopping every week so, if it is easier for you, we can use your contribution to do the shopping for you.

We are starting to collect for our Christmas food bags but with some differences this year. We will not have a special list for the season but we will appreciate it if you add some Christmas cookies or Christmas candy on top. You can add a Christmas decoration to the bag as we have traditionally done in the past years. Then, bring your bag to the office. 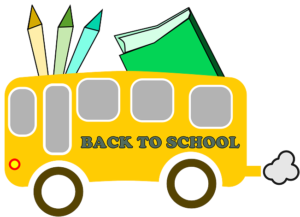 For several years Canyon View has provided backpacks with grade-level supplies to elementary schools in the Linda Vista area. Since this school year begins in a “virtual” classroom for most students, our request for donations is just now being announced. We’re happy to be working with Kit Carson and Linda Vista Elementary schools again as partners in our outreach. In addition, we would like to help the Jackie Robinson YMCA childcare/after school programs with any learning supplies they may need this year. The Kindergarten through Third-Grade students may be returning to classrooms before the older students.

In anticipation of schools reopening, you can supply filled backpacks to the office any time before September 30th. Call in or email before dropping them off. You can also bring them Sunday morning. Here is the list of requested school supplies Besides those, here is a list of special items requested by the schools:

If you’d like to contribute by check, cash, online we will gladly shop for you. Please be sure to designate your contribution by writing“Back to School.” Many school supplies are currently on sale and backpacks will probably be reduced in price since sales have been slow under the current circumstances.

Our collective goal, along with the generosity of Canyon Villas, is to provide 40 supplied backpacks plus supplies for the YMCA. Thank you in advance for your continuing generosity.

If you have suggestions or questions, please contact Carol Simonson at casimosd@aol.com. 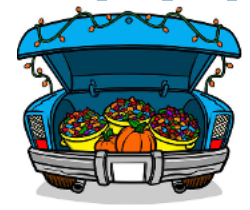 Canyon View is hosting a family-oriented Fall Festival as a safe and fun alternative to Halloween. There will be various activity areas with games, prizes, and fun. There will also be food and lots of treats and candy for the children.

We need more support! As hosts, please help by donating treats, prizes, and candy. Volunteers can look at the sign up sheets to see what areas still need to be filled.

The smallest help does not go unseen. Most importantly, invite your neighbors and friends. 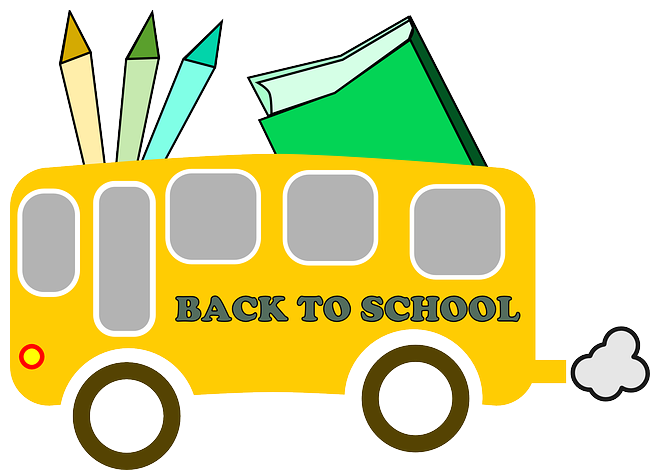 The traditional school year will begin in late August for most students. Stores are now promoting sales on back-to-school items. Backpacks and supplies will be collected at Canyon View beginning August 11. Collection bins will be in the foyer along with a list of suggested supplies. If anyone would rather offer a cash/check donation to buy backpacks/supplies, we will gladly do the shopping! Backpacks filled with school supplies will again be distributed to students at Kit Carson Elementary School in Linda Vista. Our current goal is to provide 20 supplied backpacks.

This is just one of several “above and beyond” Canyon View ministries that offers members an opportunity to show the community we care.

Please contact Carol Simonson, Patti Rolla or Gayla Giles if you have questions or comments about this outreach effort. Thank you, in advance, for your continued generosity. 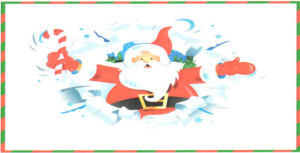 Our Blue Bag Christmas collection has begun. Our goal is 100 bags. Deadline is December 9. Please pick up the blue bag in the foyer, you can download the suggested food list below. Feel free to add more than what is on the list. Please add a decoration to the blue bag. If you need assistance with carrying your bag, please ask Keith or Sue Youngflesh. Your support is very appreciated by all. Thank you!

D r .  H a r r y C . Washington, III is a Nationally Licensed Clinical Christian Counselor through the National Christian Counselors Association. He is the minister of the Outreach Church of Christ Ministries in Woodland, California. Dr. Washington realized that he had a calling on his life for counseling at a young age. He recalls as a teenager being selected as a youth counselor for the small children at the YMCA. It was during that summer that he realized the impact he had on the lives of others. During this season in his life, he began to go to church and was able to grow in many ways.

He reflects back to his home congregation of North Broadway Church of Christ in Mt. Clemens, Michigan. It was there that he first began to learn to minister to others in ways that would be pleasing to Christ. Dr. Washington retired from the United States Air Force after serving for 20 years. He thoroughly enjoyed his time in the Air Force. No matter where he was stationed, the body of Christ was there as his family.

Dr. Washington is the founder and director of Christian Grace Counseling Center and Christian Grace Counseling Academy. He provides Biblically-based counseling that looks to the heart issues and not just the symptoms. He focuses on individual, marriage, and family specialties, including depression, anxiety, co-dependency, all addictions (including lust/sexual addiction), self-esteem issues, anger, sexual abuse, pre-marital counseling, marital and family relationships problems, and spiritual issues. His Christian Counseling Academy provides training opportunities for others to become Christian counselors.

Dr. Washington resides in Sacramento with his lovely wife and soul mate, Audrey. He has two adult children and nine grandchildren. 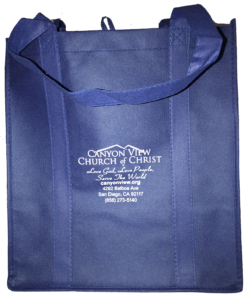 God has so blessed us and is taking such good care of us, it seems only fitting that we should look for every opportunity to do what we do best—give and share what God has given to us.

Keith and Sue Youngflesh, along with many other CV members, have been presenting us with ways to share with others. Our yearly giving of Christmas grocery bags has been so successful over the years that we are asking individuals, families, and Life Groups to participate in a monthly food bag program that also advertises our congregation with reusable food bags, imprinted with Canyon View’s information.

The food bags are designed to meet the needs of members, neighbors, friends, and family who need food for various reasons: loss of income, lack of work, long-term illness, new to the neighborhood, or a new baby.

In the lobby, pick up a Food Shopping List with instructions and a blue Canyon View recyclable bag each month. Buy the items, fill the bag, and drop it off in the lobby. Each bag is approximately $30 worth of food and weighs approximately 17.5 pounds. If you can’t shop, but wish to donate money toward a food bag, see Keith and Sue Youngflesh or Barry Day.